Most potential dog owners are curious about the differences, characteristics and temperament of Jack Russell Terriers Vs Rat Terriers.

Suppose you are a proud dog owner or contemplating buying a Terrier to keep as a faithful companion. In that case, you must surely be thinking about whether to buy a famous Jack Russell or a Rat Terrier.

Many people have come to me asking which one is better. Both Jack Russell Terriers and Rat Terriers share a similar ancestral history and could be called relatives.

So, there can be significant differences between the two breeds that you should know before deciding which one is best for you. I, therefore, thought of sharing some valuable information with you on Jack Russell Terriers and Rat Terriers.

So, who is better when comparing Jack Russell vs Rat Terrier? The truth is I can’t give you a right or wrong answer to this question. I believe every dog is different and unique. So, there’s always something good in every dog. The best Terrier to buy would be the one that best suits your likes, dislikes, and requirements. Once you understand each breed thoroughly, you will know which one is better for you.

Through this article, I will discuss the features of Jack Russell Terriers and Rat Terriers in detail. Firstly, they have slightly different origins. Then, while some features of the two breeds are common, there are some significantly different physical features.

They differ in body size, height, weight, color, and physical appearance. Moreover, JRTs and Rat Terriers differ in their temperament, behavior, other abilities, and price. I intend to explain these further in the article.

Their forefathers were primarily known for their extraordinary hunting skills. Originated in England, JRTs are medium-sized and are relatively short compared to the other dogs.

They are known for their energetic nature and playful, funny behavior. Like their forefathers, Jack Russell Terriers inherit fantastic hunting skills and are curious by nature.

As I previously mentioned, JRTs are energetic dogs, and therefore they need an active lifestyle. They often need to burn their extra energy and if you are planning to bring home a JRT, make sure that you have the time to commit for your furry friend.

While you don’t have to buy expensive pet toys and play hundreds of games, simple changes to your everyday lifestyle would bring the best in your dog.

For example, arranging some space in your backyard, taking the dog for everyday walks, and bringing another JRT companion home would improve your dog’s health.

Jack Russell Terriers are generally gentle towards children and would make loyal companions. Finally, I would say that since JRTs are energetic hunting dogs, they thrive in active environments.

Thus, they can be great companions if you often go hiking and mountain climbing.

Who is a Rat Terrier? Although many have heard of Jack Russell Terriers, most often, people’s knowledge of Rat Terriers is limited. To begin with, Rat Terriers Recognized as a Terrier breed in the year 2013.

Rat Terriers need to have social interactions more than Jack Russells. They get along with anybody who handles them gently.

If you are often out of home and lead a busy lifestyle, then Rat Terriers may not be the best choice for you. As Rat Terriers need to have a lot of social interactions, they would thrive in an environment where they have a lot of attention.

Have you ever wondered why these four-legged furballs are called by the name ‘Rat Terriers?’. They are primarily known for their extraordinary skills in Rat killing.

Coming from a well-known hunter family, Rat Terriers have an inherent ability to chase and capture small creatures such as Rats and rodents. While Rat Terriers, without a doubt, can be called energetic, they are not as energetic as Jack Russell Terriers.

So, don’t worry about keeping them active and playful for long hours. Taking your Rat Terrier for a morning or evening walk would keep its spirits high.

Therefore, if you are someone who likes the loyal company of an energetic, well-behaved dog, Rat Terriers would best suit you.

So when concerning Jack Russell vs Rat Terrier, as I mentioned before, there are some similarities and differences in terms of physical features as well as behavior.

Let’s discuss the differences between the breeds and compare their features to get a better understanding.

When we plan to bring a dog home, its fur is particularly interesting. Rat Terriers outshine JRTs when it comes to their fur. For Rat, Terriers tend to have a tiny, dense coat, whereas Jack Russells have rough coats. Wire-haired Rat Terrier’s have a little longer wired hairs.

Moving on to behavioral attributes, one could say that Rat Terriers are calmer and quieter than Jack Russells. Jack Russells tend to bark a lot as they are very alert to what’s happening around them.

On the other hand, Rat Terriers don’t bark as much as JRTs do. Rat Terriers are often associated with their affectionate, loving nature towards their owners.

Jack Russells are more independent, courageous, and somewhat stubborn. However, both of these breeds are super loyal to their owners.

Both of these breeds are also known for their gentleness towards the handlers. As I mentioned, Jack Russells are more energetic than Rat Terriers because of their hunting instincts. Yet, Rat Terriers also have hunting skills.

Therefore, their general tendency to play-bite, nip, and chew their human friends are higher than Rat Russells. Both dogs are considered aggressive dog breeds for strangers.

Differences in adopting JRTs and RTs

Adopting a Rat Terrier is not as exact as adopting a Jack Russell Terrier. As I have mentioned, each breed has unique characteristics, and the cost of maintaining the two dog breeds differs.

If you are often not at home, then think twice before adopting Rat Terriers. Rat Terriers are sensitive to social interactions. Therefore, if you leave them alone for a long time, that might affect their mental health.

Rat Terriers bond closely with the family and may panic during your long absence. On the other hand, while JRTs are affectionate, they are very independent animals.

Thus, they can toleRate your absence longer than Rat Terriers. If you are searching for a watchdog, it’s best to adopt a Jack Russel.

Their inherent ability to hunt and explore and their energetic nature make them good watchdogs. Further, if you are a small family with kids, then, in my opinion, Rat Terriers would be the best choice.

Moving on, when it comes to the cost of maintaining the two dog breeds, Jack Russell Terriers are slightly more expensive than Rat Terriers.

Rat Terriers are apartment-friendly animals while Jack Russells aren’t. As I mentioned, JRTs need some space to burn their energy.

Most importantly, apart from having a dog -friend, if you own a cat friend as well, Rat Terriers would best suit you as JRTs aren’t that friendly with cats.

Rat Terriers are easier to adopt than JRTs due to their less aggressiveness. Also, they are good apartment dogs.

Once you adopt a furry friend, another critical thing that comes to mind is the grooming process. It is pivotal that you think of your ability to commit to your dog before bringing home one since grooming is essential for your dog’s wellbeing.

Rat Terriers have shiny coats that are very easy to groom. While Jack Russells also don’t require a lot of grooming, it is easier to groom a Rat Terrier coat.

Moreover, Rat Terriers shed an average amount of hair when it comes to shedding. In contrast, Jack Russells shed a little more than average.

So Jack Russells vs Rat Terriers, which one is better? If you read this article, I’m sure by now you’ve realized that there’s no right or wrong answer to this question.

In my concluding thoughts, I would say that it is up to you to decide which dog breed is better. Each breed has unique qualities, and each breed would make loyal companions.

However, some differences lie in the cost of maintenance and other requirements. It is slightly costly to maintain a Rat Terrier. Still, it is easier, especially if you live in an apartment and cannot spend much time grooming the dog.

As I mentioned, Rat Terriers get on well with both children and older people. Therefore, if you are a small family with kids and elders, Rat Terriers would be ideal. Instead, if you find yourself as an energetic, athletic person who has an active lifestyle, Jack Russells would be the best for you.

They have the energy and ability to engage in various activities such as hiking and climbing, and both you and your dog would make a perfect duo!

I’ve tried to give you some valuable information on Jack Russell Terriers and Rat Terriers in this article. Which one is better, I cannot say. However, I believe this article would help you understand which breed is best for you. 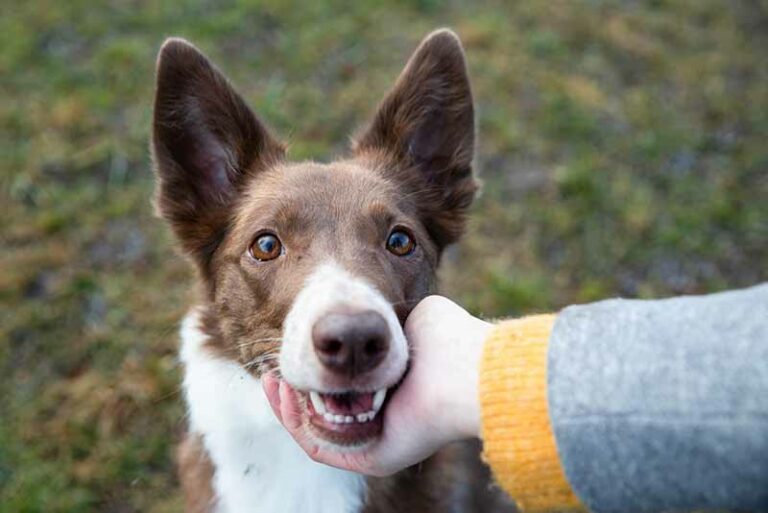