Puppy love is universal. The velvety coat, huge eyes, tiny squeaks, and particular puppy fragrance seem tailor-made to make you want to pick up and snuggle pups indefinitely. Dog enthusiasts are curious about when do puppies fully open their eyes. So, we thought of discussing it.

Puppies will spend the first few weeks of their lives in the box or enclosure in which they were born, so make the best decision possible while preparing for their arrival.

Puppies are a bundle of energy and activity and are oh-so-adorable. On the other hand, Puppies are born blind, deaf, and unable to move faster than a sluggish crawl.

For weeks after birth, they are entirely reliant on their mother. This raises a fascinating question: when do pups fully open their eyes?

So are you interested in knowing when puppies open their eyes? Yes! This article will help you.

Fourthly, What happens if a puppy opens its eyes too early? And finally, you will learn how long it takes for puppies to open their eyes fully?

So are you ready to know about the topic? Here we go!

When do puppies open their eyes?

Puppies usually open their eyes between ten and fourteen days of age. A puppy’s eyes are closed when it is born. Her eyes aren’t quite ready for the world yet, for a good reason.

All dogs have light-sensitive neurons in their eyes that convey visual information to the brain. However, because the nerves in a puppy’s eyes are underdeveloped and too sensitive, the eyelids remain closed to protect the eyes.

When the puppy is ready, she will begin to open her eyes, sometimes only one at a time.

A newborn puppy’s eyesight is blurry even after her eyes have opened. Her eyesight will continue to improve over the next few weeks as the nerves in her eyes continue to mature.

She soon notices movement and objects in her immediate vicinity. She’s now ready to play and enjoy herself.

A dog’s eyesight differs from a person’s, even in maturity. Humans have higher detail vision, while dogs see in the dark better than humans.

Why Are Puppies Born With Their Eyes Closed?

Every animal’s young are distinct in development when they are born. Many reptiles are independent at birth, and marsupials continue to grow in the mother’s pouch for months.

Dogs are in the middle of the spectrum. For the first few weeks of their lives, they are entirely reliant on their mother’s care, and they are born deaf and blind.

Puppies are born with their eyes closed because their eyes aren’t fully grown when they are born.

The eyes will continue to grow over the following two weeks, which means they must be shielded from external elements that might harm them.

This includes light, airborne contaminants such as dust or dander, and possible scratches from littermates who haven’t mastered paw coordination.

Even after a puppy’s eyes have opened, it’s critical not to expose them to too much bright light before they are ready.

If your puppy has white spots on its eye or doesn’t seem to be able to see objects by 3 or 4 weeks old, it’s possible that the puppy is blind or has an eye problem that necessitates a doctor’s visit.

Always remember not to push a puppy’s eyes to open. When the time comes, each breed, litter, and puppy within that litter will open their eyes at their speed.

Infection, even permanent blindness, and eye damage can result from forcing their eyes open before they are ready.

How do you know when a puppy is about to open its eyes?

Puppies are born with their eyes shut, but they open after one to two weeks. If you observe any swelling or bulging beneath your eyes, discharge or pus, or any other irregularities, you should open them right away.

Of course, there are times when pups do not open their eyes within the expected time frame. This might indicate that a puppy’s optic nerve isn’t growing correctly, or another health concern has emerged.

What if every puppy in a litter has opened its eyes to save one? The puppy with closed eyelids, on the other hand, might be suffering from a health problem.

What happens if a puppy opens its eyes too early?

Puppies usually open their eyes between the ages of 10 and 14 days. This, however, varies according to the breed.

Cocker Spaniels, for example, open their eyes faster than most Fox Terriers. A puppy’s eyes mustn’t open too soon since they’re still developing under the eyelid’s protection.

They risk losing their capacity to see if they open their eyes too soon.

How long does it take for puppies to open their eyes fully?

Puppies, unlike human newborns, do not open their eyes immediately after birth. Because newborn pups are pretty immobile and spend most of their time resting and sipping their mother’s milk, they don’t require eyesight right away.

Puppies usually begin to open their eyes 7 to 14 days after birth. The eyelids are kept closed for the first several weeks for an excellent reason: the nerves in a newborn puppy’s eyes are still undeveloped and extremely sensitive.

Some pups will open both eyes simultaneously, while others may open one eye first and the other later.

Even yet, a puppy’s eyesight is blurred from when they open their eyes. Their eyesight will improve over the following few weeks as the nerves in their eyes continue to mature.

Puppies do not have complete vision until they are roughly eight weeks old.

Newborn pups usually open their eyes around 10–14 days. It may take longer for specific breeds. Over a few days, most puppies will gradually open one eye. Wait a while.

Don’t force their eyes to open before they’re ready. You risk damaging your puppy’s eyesight if you try to force the issue. Allow the natural order to prevail.

When a puppy’s eyes open for the first time, he struggles to focus. “Their vision is a little fuzzy,” Todd explains. They also don’t like bright light.

As a result, pups should be kept in a dimly lit environment at this age to protect their eyes. Don’t expose them to direct sunlight.

When a puppy’s eyes first open, they seem milky and grayish-blue, but this fades with time. The eyes of a puppy do not fully grow until it is 4–5 weeks old. Todd claims that pups can see before hearing (their ears open at 18–20 days).

The tapetum lucidum of a puppy develops as his eyes mature. This layer of tissue beneath the retina aids in the development of night vision in animals.

And do you know? It’s even more vital to keep your pup’s environment clean during this critical physical growth period to avoid diseases.

Conjunctivitis is the last thing your puppy needs at this crucial time. Conjunctivitis can result in irreversible blindness if left untreated.

Overall, when it comes to early eye care for your puppy, the best thing you can do is let nature take its course.

Indeed, keep an eye out for any crusty build-up on the eyes or any other signs that something is wrong, but for the most part, just enjoy your puppy’s transformation from a blind, deaf fur ball to a bouncing, joyful animal.

Are you a puppy lover? What a silly question! Puppies of all breeds are popular among the general public. Perhaps you enjoy playing with puppies or watching them run about in the grass.

If you’ve ever spent any time with puppies, you’ll know that they’re masters at investigating their surroundings’ sights, scents, and tastes. Did you know that pups are born with their eyes shut? That is correct.

The time it takes for a puppy to open his eyes varies from one dog to another. Suppose a puppy’s eyes are closed after more than two weeks. In that case, your veterinarian may attempt to clean and open them manually. (Do not attempt to open your puppy’s eyes!).

If you observe swelling, discharge, or other symptoms around a puppy’s eyes, it’s time to schedule an appointment with your veterinarian.

I hope you learned more about when puppies fully open their eyes? How long does it take? 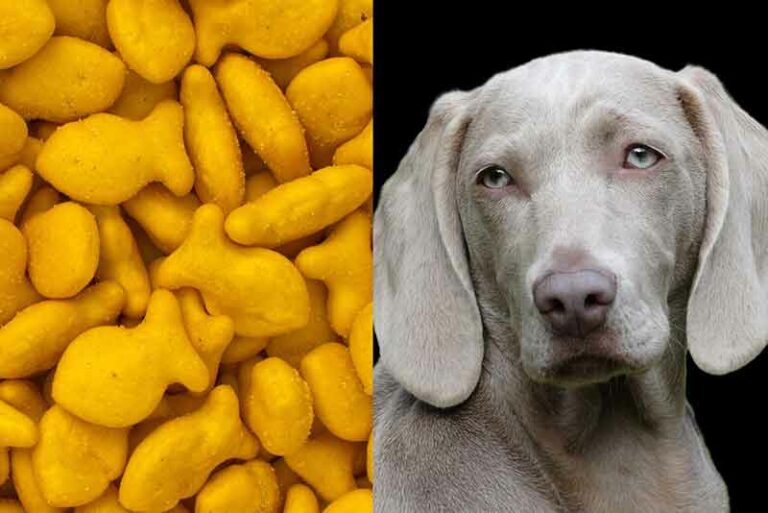