Jack Russell Terriers are famous domestic pets among many dog lovers. Teacup Jack Russell Terrier is one of the sub-breed of JRT’s which most of people are curious about. Therefore, I hope to discuss everything about this Teacup JRT today.

Teacup JRTs are different from other JRT breeds, and they are not typical hunting dogs and are most preferred as domestic pets. These teacup Jacks are 10-12 inches in height and 10 pounds in weight. You may be able to buy a teacup JRT for 600$-2000$ from hybrid breeders.

By reading this article, you may be able to find out more details about teacup Jack Russell Terriers and their appearance. Then let’s identify mixed breeds of Teacup JRTs, and finally, I’ll give you some tips to take care of your miniature JRT.

So, if you are an owner of a teacup JRT, or planning to adopt such a cute furry creature as your domestic pet, then this article may help you. Let’s get started!

Jack Russell Terrier is a small and energetic dog breed that originated in England during the 18th century. They were first specialized as hunting dogs to hunt foxes, rabbits, and small rodents.

Jack Russells are known to be intelligent, active, and well-suited for outdoor activities as working dogs. They are considered somewhat aggressive dogs, and they need essential training to proceed as domestic pets.

When observing the origin of these teacup JRTs, they were first created as a hybrid breed by crossing a JRT with a Miniature Pinscher. With the recognition of hybrid clubs, this miniature JRT breed first came into popularity in the 21st century in the United States.

Normally, other JRTs are 15 inches in height, and these teacup JRTs are shorter than them. They are considered to be 10-12 inches tall. These miniatures in its name itself are smaller creatures than other hunting breeds or Parson JRTs that are taller.

They can be bought for 600$-2000$ and should concern guaranteed breeders in buying them. Before adopting my current JRT, Shaggy, I had a teacup Jack Russell during my childhood.

It is a female dog named Lissy and was only 10 inches tall and only 9 pounds in weight. She is very small and cute. Lissy was with me for 6 years, and I had a great time with that miniature.

Teacup Jack Russell Terriers are known to be quiet, intelligent, and small dogs that are more well-mannered than other JRTs. Normally, JRTs are aggressive, but miniature JRTs are not aggressive, and they are good companions for their pet parents.

Unlike other JRTs, miniature JRT is friendly with other animals, people, and children. They have a lifespan of 12-15 years, and they are not hunting dogs but good domestic pets.

The appearance of Teacup Jack Russell

When it comes to considering the appearance of teacup Jack Russell, as we already discussed, they are too small in size and have a small height and weight. Their appearance is different from other JRTs, and they can be differentiated easily with their small size.

In common consideration, they have short coats that are rough and wiry. And their coat color is always bi-colored or tri-colored since they are a mixed breed. They can be in black, white, tan, brown, or red colors.

Their coats can be flat or dense and have markings most of the time. Their eyes are dark brown while in an oval shape. The nose of teacup JRTs can be black or brown, while the ears are semi-flopped or up-right.

With medium-length muzzles, they have long legs, similar to cats. These small creatures are attractive and cute in their appearance while famous among dog lovers, especially children.

What are the mixed breeds of Teacup Jack Russell?

As we already discussed, teacup Jack Russell is a hybrid dog breed that was created by crossing several dog types. When you buy a miniature JRT, you should be well aware of the mixed breeds or the parental dogs that they come from.

Some dog breeders mix irrelevant breeds to create miniatures. Then they are not in good health and are difficult to adopt. So, when choosing a teacup JRT to adopt, don’t get fooled with their appearance and cuteness, but consider which breeds they are mixed from.

This is the most common mix of Teacup Jack Russell Terriers. The origin of this miniature breed also came from these two breeds.

First, in the 21st century, these two breeds of Jack Russell Terriers and Miniature Pinschers were crossed, and the smaller version of JRT, the Teacup JRT, was created.

This Miniature Pinscher breed originated in Germany during the 17th and 18th centuries. They are hunting dogs similar to Jack Russell Terriers. Therefore, these two breeds are a perfect match for creating a teacup JRT.

Jack Russell Terrier and Toy Fox Terrier are hunting dogs. Therefore they are also a perfectly relevant breed for mixing and creating a miniature.

Both breeds are fox hunters, and with their hunting nature, they will create a healthier teacup JRT.

Originated in China, Shih Tzu is a high-class dog breed that belongs to the Royal family.

They have long furry hair and are attractive. Mixing the JRT breed with Shih Tzu will create a teacup Jack with good health.

Toy Jackapoo is a curly-haired dog breed, and their coat is curlier and wiry than JRTs.

Most dog breeders mix these Toy Jackapoo breed with Jack Russell to create miniature JRTs. It is also a matched combination.

This is one of the most popular Teacup Jack Russell mixes that can be seen mostly. Most of the teacup JRTs in the market are combinations of these two breeds.

You can see healthier and perfect miniatures by cross-breeding these two breeds.

Tips to take care of your Teacup JRT

Adopting a teacup Jack Russell is more responsibility than adopting other dogs. Since they are hybrid dogs, you should be more concerned about their health and well-being than other breeds.

Teacup JRTs are very cute and attractive dog breeds, and you can enjoy adopting them. Here are some tips you can follow in caring for your Teacup JRT.

Teacup Jacks are a dog breed that is created by mixing two breeds, and therefore, their health should be more concerned than other dogs.

When some irrelevant dogs are mixed, the outcome can be dogs with bad health conditions and disabilities.

Therefore, consider more in the parental breeds they come from and the puppy’s health conditions before you adopt them. Then, take the advice of a veterinarian to provide appropriate treatments.

Regular grooming is essential in adopting a miniature JRT since they are small creatures with a hybrid origin. Grooming is necessary to maintain their coat.

Therefore, bathing is not necessary for them. At the same time, you can maintain the cleanliness of the coat by brushing it once a week.

As we all know, training is a necessary part of adopting a JRT. When it comes to Teacup JRTs, even though they are not aggressive as other JRTs, they also need initial training to be proceeding as domestic pets.

This teacup Jack is more suitable for children. Therefore, you should carefully train them to be good companions for children.

Physical exercise is important to maintain a dog’s health, and it is essential when it comes to Jack Russell breeds.

Since teacup JRTs also are a JRT breed, they are full of energy and are active and playful dogs.

Therefore, they need a way to release their excess amount of energy, and physical exercise is the best way to do that. You should provide at least 60 minutes of exercise to your Teacup JRT.

At the end of the article, you have identified details about teacup Jack Russell Terriers and got a clear idea about their appearance. Then, you have understood the mixed breeds of teacup JRTs and how you should take care of them.

So, as teacup JRT owners or dog lovers that are willing to adopt teacup JRTs, you need to be well aware of them and their nature. Since they are hybrid breeds, you need to be more concerned about their health and maintenance. Good Luck with your Teacup JRT. 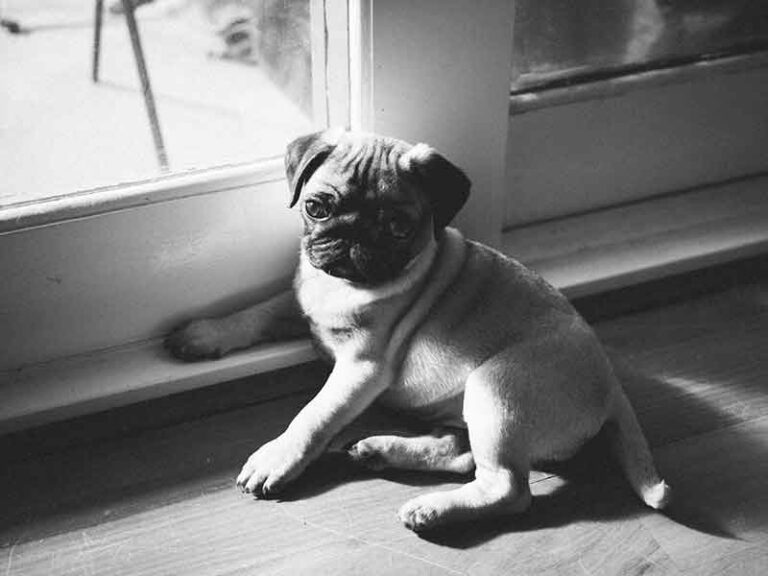